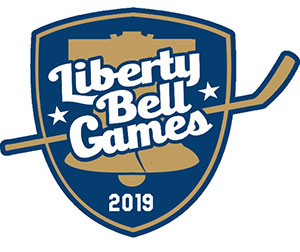 Ben Berard scored twice in game two of opening night at the Fortress Invitational, and Matthew Galajda made 30 saves as Cornell handled Ohio State, 5-2. At least for one day, it moved Cornell back into the top spot of the Pairwise.

Berard notched his first of the night on the power play in the first period. Despite Ohio State taking momentum from the frame into the locker room, the Big Red cleared out their defensive crease with a purpose and scored twice in the second to push the lead to three.

“We needed to be strong around the front of our net, and I thought [Galajda] was very strong,” Cornell head coach Mike Schafer said. “I thought there were times when we gave up some sticks around the front, but for the most part, I thought we cleared out rebounds, which is a big part of their game. There was a little rust coming off of a month off, and then I thought we kind of caught our wind and got going a little bit.”

Cornell’s Tristan Mullin converted on a power play in the third, and Galajda’s shutout disappeared seconds later thanks to Ohio State’s Matthew Jennings. But by then, the game was already out of reach. The teams traded goals once more afterwards, and Cornell moved to 11-1 overall.

“To me, the bottom line is we found out what it’s like to work hard,” Rohlik said. “Basically, it’s a one-on-one hockey game, and we lost a lot of one-on-one battles. It was a ‘compete’ game tonight, and we didn’t have enough of it.”

“Ben’s a great player. He has a great stick, great hockey mind, but part of our program is that you have to be consistent in your work effort at all times. That’s north and south,” Schafer said. “He knew it, and I thought he came back and was good after the break.”

The Big Red have still yet to allow three or more goals on the season.

In the opening game of the Fortress Invitational in Las Vegas, Providence defeated Army by a score of 3-1. Vegas Golden Knights draft pick Jack Dugan opened the scoring with a power play goal in the first period, and the Friars added two more to insure an Army comeback would fall short.

The power play goal was Dugan’s seventh of the season, bringing his nation-leading point total to 36 on the season. Luke Johnson added a tally from the left point to give the Friars a 2-0 lead after the first period.

Providence’s Matt Koopman and Army’s Thomas Farrell swapped goals in the third period. Friars goalie Michael Lackey made 22 saves on the night, with 18 of them coming in the second and third periods. The Black Knights led in the shot column (23-15) and at the faceoff dot (34-23), but couldn’t overcome a slow start.

“It doesn’t matter who you play, whether it’s in our league or it’s in this tournament, you have to play a full 60 [minutes],” Army head coach Brian Riley said. “I thought that really hurt us tonight after that first period.”

“I just didn’t think we had much legs tonight for whatever reason. We skated yesterday and we were flying. We just didn’t have legs today,” Leaman said. “It’s a hot building. We struggle with it and our puck management suffered because of it, but we found a way. [Michael Lackey] stepped up and played a good game.”

“That’s what teams have to do. You have to win the ones where you’re not playing that well or you’re down guys, and hopefully we can keep doing that,” Leaman added.

Providence forward Parker Ford, who was with Team USA in the Czech Republic for the World Junior Championships, arrived in Las Vegas shortly after puck drop and will be available for tomorrow’s championship game.

Northern Michigan closed out its first half by beating the best team in the WCHA.

The Wildcats opened the second half by beating the team most believed to be the second best. NMU defeated Bowling Green on the road on Friday, earning a 5-2 decision.

Three straight goals helped NMU break a 2-2 tie. Philip Beaulieu’s goal at 16:11 of the second gave the Wildcats a 3-2 lead going into the third period. Griffin Loughran’s 14th and 15th goals of the year sealed the win.

NMU has won three of its last four games after a five-game losing streak and moved up to No. 23 in the Pairwise.

In the WCHA, the Wildcats are tied with Alaska and Michigan Tech in third place, four points back of Bemidji State in second place and nine behind leaders Minnesota State.

Saturday’s second game of the weekend with NMU is an important chance for BGSU to get back into a crowded home-ice race in the WCHA.

Western Michigan and Notre Dame tied, 1-1, in South Bend. Cale Morris made 42 saves for the Fighting Irish. … Bemidji State pummeled [Ferris State]], 5-2. Five different players scored for the Beavers. … Minnesota State helped coach Mike Hastings earn his 200th career win with a convincing 7-2 win over Alaska. The Mavericks outshot the Nanooks, 39-7, in the win. … Nebraska-Omaha and Maine played to a 2-2 tie. Tim Doherty scored two goals for the Black Bears. … North Dakota defeated Alabama-Huntsville, 5-2. The teams were tied, 2-2, midway through the second period before UND pulled away. … Penn State beat Niagara, 3-2. Sam Sternschein had a goal and an assist for the Nittany Lions.